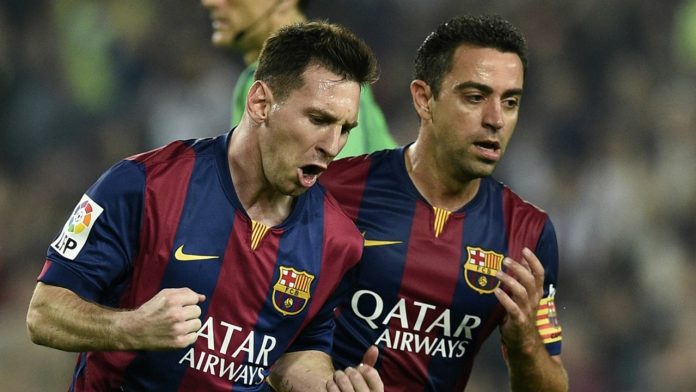 Speaking in an interview with Super Deportivo Radio, Xavi defended his former team mate while also talking about Marcelo GALLARDO. In regards to Lionel MESSI and the criticism, here’s what Xavi had to say:

“It doesn’t appear fair to me, not only to Leo but many times to all of the Argentine players. It’s obviously not easy to play in a country which has a lot of urgency, a country which hasn’t won an important title in many years and with the history behind it and MARADONA, who is a big figure and very popular in Argentina. Before, there was talk of confidence, which is very important. Now, Argentine player don’t have that when they go to their national team, be it MESSI or any other player. They have to try and be strong mentally.”

On if Lionel MESSI would have won the World Cup, if the criticism wouldn’t have existed:

“Obviously, there are a lot of people that talk but don’t understand football. Listen, what do they watch? They just look at the results. MESSI has played in a final of a World Cup, two Copa’s America. It’s not only MESSI, because he doesn’t play alone, it’s the Argentina national team, they are competing, they don’t get eliminated in the first round. It’s very difficult, there’s only one champion. Listen, does that mean that the rest are all failures, a disaster?”

Xavi was also asked if he thinks Lionel MESSI will go back to the Argentina national team:

“Yes, I think so. Why not? He also needs time to reflect, to rest and in the end, it’s his decision and of the current coach. He’s the best player in the world and in my opinion, the best in history and he has the last word. I believe yes, sooner or later, he will want to go back to the Argentina national team because he is a very competitive person and he will want to try and win something with Argentina. He will go back.”

In regards to the criticism by Diego MARADONA when he said that Lionel MESSI is not a leader:

“MESSI to me, appears to be an incredible leadeer, off the pitch just like on it. Maybe he’s a more silent leader within the dressing room but he’s an absolute leader, he always wants the ball, he’s always available, he has personality. I don’t like it when former players are so critical with former team mates, I’m not saying it in MARADONA’s case, but in general. Because these former players that make these comments and are very critical of their mates which share the same profession, because they were there, they know the difficulties, I don’t understand such harsh criticism from a player when you also went through it.”

“I liked him when he played, he was a player with a lot of talent, he surely had to think because physically, he wasn’t strong. I think he’s an intelligent person, that thinks and wants to play the football which we like in Barcelona. He appears to be a person with a big personality and he is destined to succeed.”

On if Marceloa GALLARDO can one day coach Barcelona:

“You never know, there have been a few Argentine coaches. The last one was “Tata” MARTINO, also there was MENOTTI for several years, you never know the future. The Argentine player and the Argentine coach does not have to be envious of anyone, they always work well, be it the coaches or the players.”