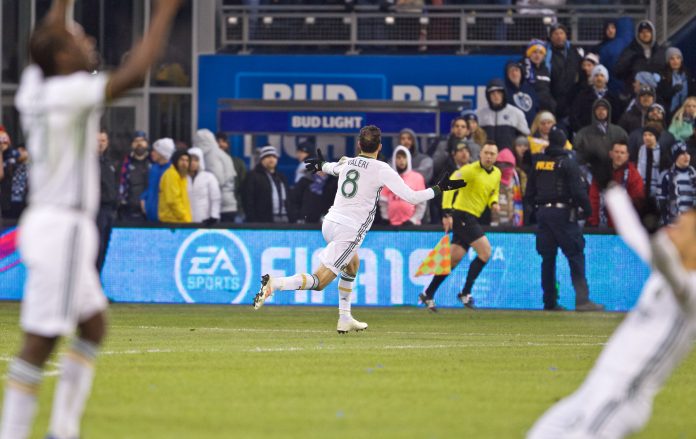 Sebastian BLANCO scored a great goal for Portland Timbers as Diego VALERI scored a goal in extra time to take them to the final of the MLS Cup against Tata MARTINO’s Atlanta United.

With Portland trailing 1-0 against Sporting KC, Sebastian BLANCO scored one of the goals of the season with an absolute wonder goal to draw Portland level. Diego VALERI gave the Timbers a 2-1 lead with a goal from inside the penalty area. But just a few minutes from full time, Gerso FERNANDES scored to make it 2-2 and for extra time.

In the 99th minute, Diego VALERI was one on one with the goalkeeper and scored to send the Portland Timbers into the MLS Cup final.

Both clubs have several Argentine representatives on their side. For Portland, they have Diego VALERI, Sebastian BLANCO, Tomas CONECHNY and Lucas MOLENO.

The final will be on December 8 where we are guaranteed to have an Argentine lift the trophy.