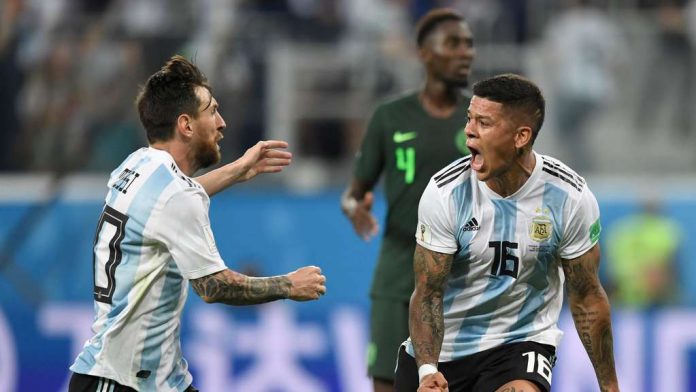 We are now in December and the first of three polls in regards to the Argentina national team has already concluded.

Manuel LANZINI’s goal against Italy was voted as the best goal scored by Argentina this year before the 2018 FIFA World Cup. The voting for that is now closed and it’s time to vote for the best Argentina goal at the 2018 FIFA World Cup. A total of 6 goals were scored, two by Sergio AGUERO, one by Lionel MESSI, one by Marcos ROJO, one by Angel DI MARIA and one by Gabriel MERCADO.

We will break down these goals into three different categories before finally voting on the Argentina 2018 goal of the year. The first poll included the best goal before the 2018 FIFA World Cup which was voted as Manuel LANZINI’s goal. The second voting is that where we select the best Argentina goal at the World Cup and after that a vote on the best goal scored after the World Cup. Once we have the top 3 goals, we will put them to a vote to select the 2018 Argentina Goal of the Year.

Here are the highlights and the goals scored at the 2018 FIFA World Cup with the poll below: