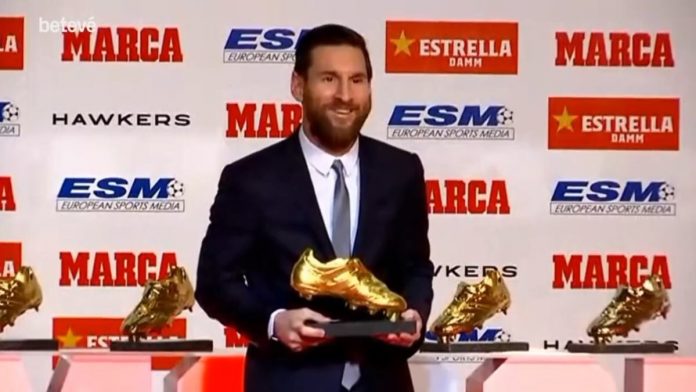 For the fifth time in his illustrious career, the Argentina and FC Barcelona man was awarded the European golden boot. The award is given for the top league scorer in the European leagues.

MESSI finished with 34 goals last season, equalling his tally when he first won the award in during the 2009-2010 season.

Aside from Hector YAZALDE back in 1973-1974, MESSI remains the only Argentine to win the award.