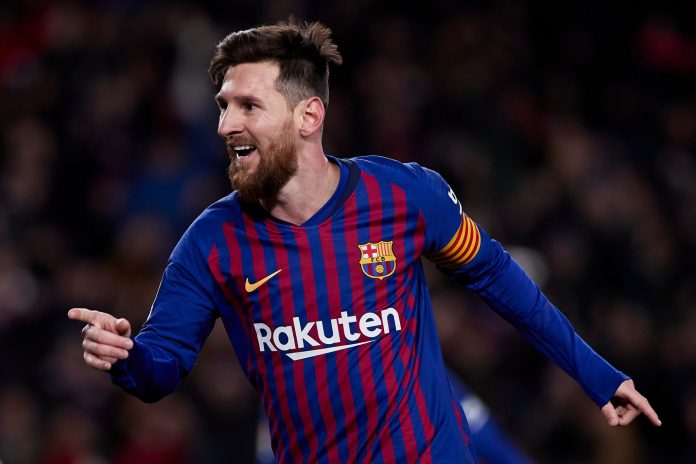 Lionel MESSI scored for FC Barcelona in their 3-1 win against Ray Vallecano.

The Argentina and FC Barcelona captain was named in his country’s squad selection for this month’s matches and in the first match after being selected, scored and assisted. Rayo Vallecano took the lead but the Catalan club were awarded a free kick before the end of the first half. Lionel MESSI send in a lovely cross into the area and Gerard PIQUE was at the end of it and scored to draw Barcelona level.

Ernesto VALVERDE’s team would be awarded a penalty kick and up stepped MESSI. The fifth best player in the world would score to give his club the lead. The assist was number 12 of the season and the goal number 26, meaning he leads Europe’s top five leagues in goals and assists.

Luis SUAREZ would go on to add a third goal.