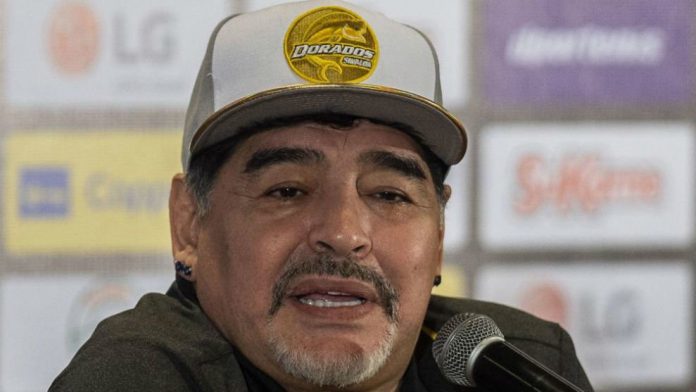 Argentina and football legend Diego MARADONA took to the media to discuss the Argentina national team, Lionel MESSI and the loss against Venezuela.

MARADONA had less than pleasant words when describing the team and the AFA. Here’s what he had to say:

“I am very Argentine and I feel like I am part of a different group of coaches and players. I know that RUGGERI, BATISTA, GIUSTI, PUMPIDO, CANIGGIA are thinking… That this team doesn’t deserve the shirt. The one’s I named you had the shirt tattoo’d, we have it tattoo’d.”

“MESSI has to ignore the critics. It’s not his fault. He’s in a bad, disorganized team… a team that always depends on him, in every way. He’s an amazing and extraordinary player, he’s got nothing to prove to anyone.”

In regards to AFA president Claudio TAPIA, Diego MARADONA had some harsh words:

“I don’t know what TAPIA will be, if he will be a math teacher or what but he has no f*cking idea.

“Those that are inept who are running the AFA thought that they would win against Venezuela? Venezuela are a proper team and Argentina came into this through the window, not the front door because they betrayed and constantly lie to people. I’m sorry but Argentina are not going to win a game.

“I’m sorry for the Argentine public who continue to believe these liars. I’m sorry for the players who have to show their faces when they shouldn’t have to. It should be the leaders who start doing things right. Don’t give away the prestige that we once gave you.”