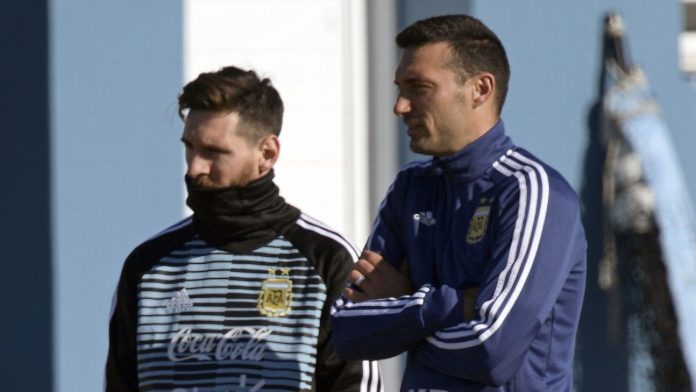 Argentina coach Lionel SCALONI was back in Argentina where he commented on captain Lionel MESSI.

All eyes were on MESSI last month when Argentina played Venezuela in Madrid. It was his first match back in over 6 months and it was his first time alongside new coach SCALONI. Speaking to the media, here’s what the manager had to say:

“He was the first one pushing forward. His availability in Madrid was the most and we saw him very involved with guys he didn’t know very well.”

In regards to MESSI missing the match against Morocco due to injury:

“A player who cannot play in the next match has to leave for his club. It’s in the regulations.”