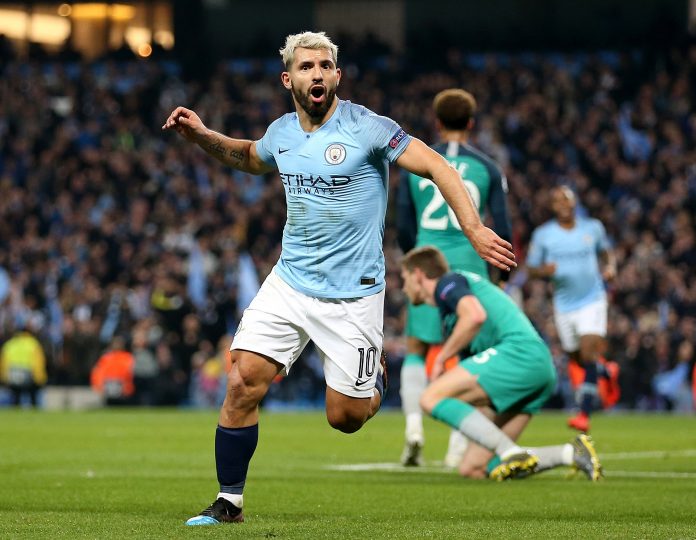 Sergio AGUERO scored for Manchester City in their 4-3 win, 4-4 aggregate defeat to Tottenham.

It was one of the most exciting matches in recent history. Goals and controversy, it had it all. Mauricio POCHETTINO’s men took a 1-0 lead going into the second game and AGUERO’s penalty miss in the defeat proved to be crucial.

With the score at 3-2 for City, the club’s all time leading goal scorer scored to make it 4-2 for the home team. A lovely strike from a difficult angle gave Pep GUARDIOLA some breathing room.

However, there was one more goal to be score. Fernando LLORENTE would make it 4-3 and would send Tottenham throguh to the semi finals. Raheem STERLING would score late in injury time but it would go to VAR and the goal would be disallowed.

AGUERO’s goal also means that he has scored 30+ goals in all competitions in three consecutive seasons for the first time in his career.

WHAT A GOAL!!! Amazing from Aguero, but credit again to De Bruyne that’s his 3rd assist of the game 🔥 #MCFC pic.twitter.com/Atse32XwB8