Mundo Albiceleste
Home Latest News Walter BENITEZ of OGC Nice: “I know it, I will be the...
Facebook
Twitter
WhatsApp
Telegram 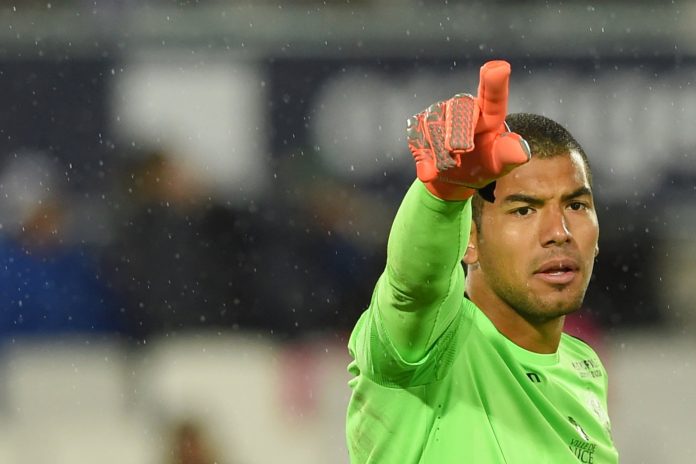 Nice goalkeeper Walter BENITEZ recently spoke in an interview with Ole where he discussed the Argentina team and much more.

Arguably one of the most underrated goalkeepers in Europe and possibly Argentina’s best goalkeeper, Walter BENITEZ has been in fine form all season. He has represented Argentina at the U20 level and is looking to be the starting goalkeeper for the Argentina national team.

Speaking in an interview with Ole, here’s what BENITEZ had to say:

“To be the goalkeeper of the Argentina national team is like touching the sky. It’s my personal and professional goal.”

If it bothers him that he’s only just now getting the recognition:

“Yes, what do I know? I don’t know if the word is recognition but in Argentina if you don’t play for one of the big clubs, you’re not talked about much. But I know that on the side lines, I’m talked about. Especially by the people that I need them to know what I’m doing. I have to work and put in good performances.”

On playing with the Argentina U20 team:

“They were great experiences. I played many tournaments with Argentina, including an L’Alcudia where we were champions. I’m still in contact with a few of the guys. But I was left feeling a little annoyed about the Rio games. I was on the preliminary list of players but an injury kept me from being part of the team.”

After the list was announced for the 2018 FIFA World Cup, BENITEZ posted a message on his Instagram page stating “I work to play with Argentina’s best and to bring another World Cup to the country.”:

“I am a person who sets very firm goals for myself. And I’m convinced of what will happen. I know it. I will be the number 1 goalkeeper for Argentina. I wouldn’t have said it if it wasn’t my biggest goal. I work and I live for that. Hopefully I could be given the chance. I believe that SCALONI still hasn’t decided 100% and he has tried a lot in the last year.”