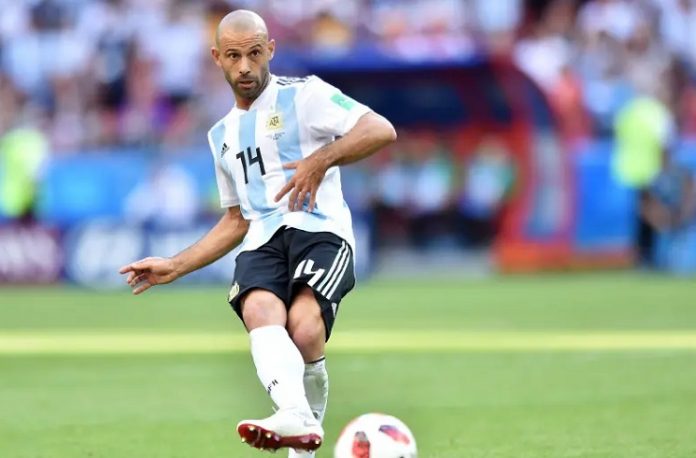 Javier MASCHERANO gave an interview on Thursday where he spoke about the Argentina national team and about possibility of playing at the Pan American games.

Speaking in an interview with FM 93.1, here’s what MASCHERANO had to say:

“With respect to what they said about the group of friends, I would prefer to lose a thousand times with friends and I wish the best to those who continue, hopefully they can be crowned (champions), something we couldn’t do. If we analyze the last 15 years for Argentina, we’ve had a little bit of bad luck. It’s not normal to get to five finals and not win a single one. Today, I’m more relieved, I enjoying watching the Argentina national team as a fan.”

MASCHERANO spoke about possibly playing for Argentina at the Pan American games:

“I already retired from the Argentina national team, in a time where they were interested in seeing if I could go to the Pan American games and we will see. It’s a possibility. I said I would think about it. If I could bring something to the guys, especially off the pitch.

“There’s been nothing formal about the Pan American games, I didn’t talk to TAPIA which is what was said.

“It’s a different tournament, where you look for players to form. The older players go to bring experience and if the opportunity arises, why not?”

In regards to potentially coaching:

“I still don’t consider coaching the Argentina national team but one sees himself in the future as possibly being a coach and trying.”