Mundo Albiceleste
Home Argentina U20 Team Argentina with a foot in Round of 16 at FIFA U20 World...
Facebook
Twitter
WhatsApp
Telegram 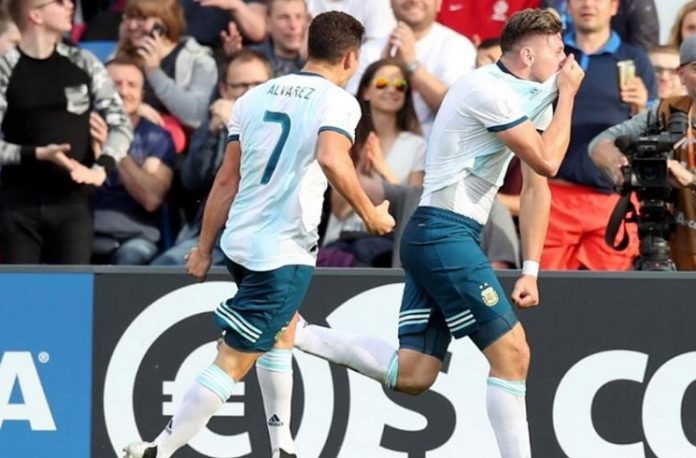 Argentina have a foot in the Round of 16 at the FIFA U20 World Cup following a 2-0 win against Portugal.

Two wins out of two, seven goals scored, Argentina defeated one of the tournament favorites and don’t have to stress going into the last group stage game. GAICH received the ball inside the penalty area and with a marker close on him, his shot from a difficult angle beat the goalkeeper to give Argentina the 1-0 lead.

MORENO nearly made it 2-0 with a lovely strike from outside of the penalty area which hit the post. Argentina’s captain Nehuen PEREZ made it 2-0 as Argentina would get the three points.