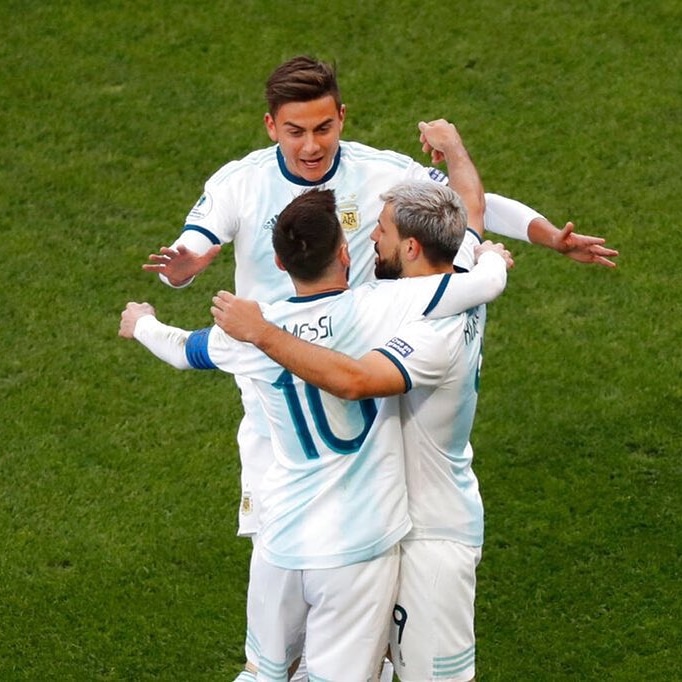 Sergio AGUERO and Paulo DYBALA both scored as Argentina defeated Chile 2-1 to win third place in the Copa America.

Much like the semi final against Brazil, this match had controversy. A lovely pass off a quick free kick by Lionel MESSI sent Sergio AGUERO one on one with the goalkeeper as AGUERO rounded the goalkeeper to score.

Argentina would double their lead just 10 minutes later when Gio LO CELSO played a great pass in for Paulo DYBALA who’s first touch took the ball away from the defender. DYBALA chipped the goalkeeper to double Argentina’s lead.

Lionel MESSI would be part of the controversy. After a confrontation with MEDEL of Chile, the referee sent off both men and refused to go to VAR. It’s only the second time in his Argentina career that MESSI would be sent off, the first coming in his national team debut.