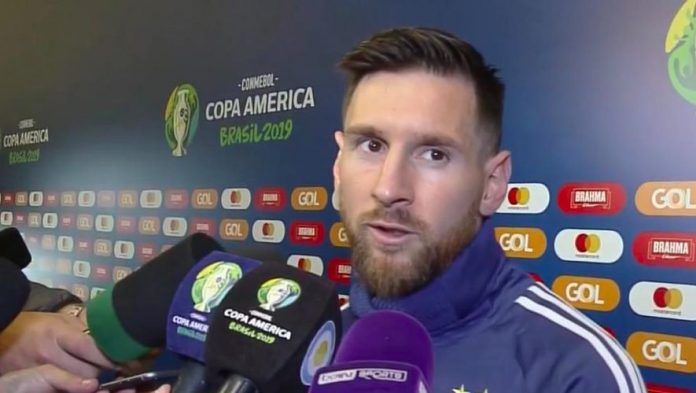 Lionel MESSI has completely hit back at CONMEBOL and VAR while also saying that they didn’t want Argentina in the final.

After his comments following the game against Brazil, Argentina captain Lionel MESSI has come out and attacked CONMEBOL once more. Speaking after the third place win against Chile where he was controversially sent off, MESSI went after CONMEBOL. Here’s what he had to say:

“What I said, happened. I didn’t go to the podium because we shouldn’t be part of the corruption and lack of respect. We were meant for more but they didn’t let us be in the final. The corruption and the refs didn’t allow the people to enjoy and football is ruined.

“The corruption and the referees didn’t allow us to be in the final. You have to say the truth.

“Brazil champions? No doubt. Sadly, I think it’s set up for Brazil. Hopefully the refs and VAR will have nothing to do with it and Peru will be able to compete because they have the team to do it. But I see it as difficult.”

MESSI also hinted that the red card he received was because of the comments he made against CONMEBOL after the semi final game.

There’s also a report that MESSI told his team mates in the changing rooms not to say anything and he would be the one to talk about the referees.