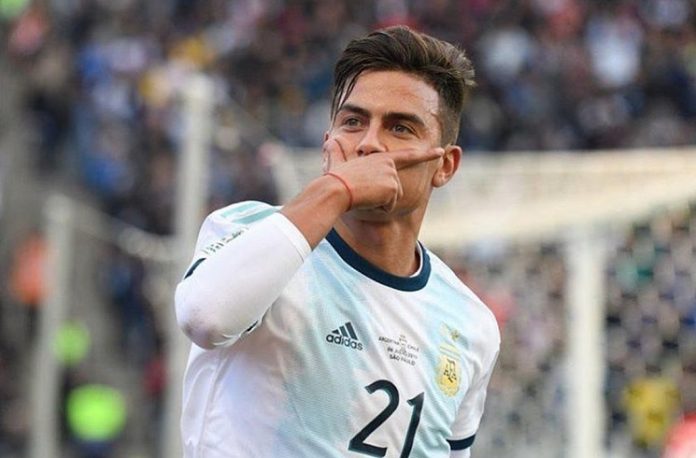 Paulo DYBALA spoke with Ole in Argentina where he discussed playing alongside Lionel MESSI and Sergio AGUERO while also the team’s Copa America.

Despite not having too much playing time at the Copa America, Paulo DYBALA did well with the minutes he was given while on the pitch. There had been talks in the past that he can’t play with Lionel MESSI and DYBALA quickly squashed those comments. Here’s what he had to say:

“I think I showed that I could play with MESSI. It’s a question of getting to know each other better, finding the harmony, of seeing where and how each one of us moves and being more comfortable with each other and making the other feel comfortable. There was good play between us. Against Chile, it was me with Leo and also with Kun.

“Before the match, we spoke about the movements, that if one stays up front, the other has to stay back and get the ball. We did things well, it left me happy. I always try to give my best, when I play and when I don’t.

As for the team and the referees:

“We started badly and we had to regroup and after that we deserved more than third place. But due to things which can be seen, we stayed in third place. If things were done for a team to win or not, I don’t know if we’ll find that out. But the doubt is there and it’s ugly.”