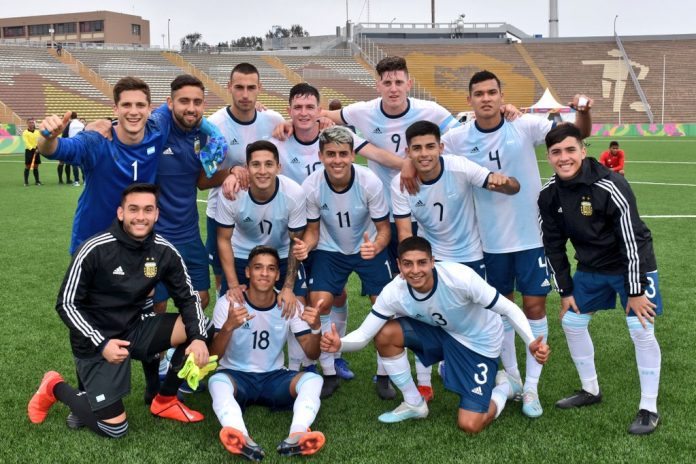 Argentina managed a 3-1 win against Panama and have advanced to the semi finals at the Pan American games.

Fernando BATISTA’s team made it two wins out of three and find themselves one match away from the final. After having won their opening match 3-2 vs. Ecuador, the Albiceleste fell 2-1 against Mexico but picked up a very important 3-1 win to finish second in their group.

Adolfo GAICH continues to do well for the youth team, scoring his fourth goal of the tournament. Sebastian LOMONACO made it 2-0 with a shot from outside of the penalty area. Panama pulled one back right before half time.

Carlos VALENZUELA secured the win, scoring one of the goals of the tournament. An outside of the foot shot made it 3-0 and Argentina qualified for the semi-finals where they will play Uruguay on Wednesday, August 7.