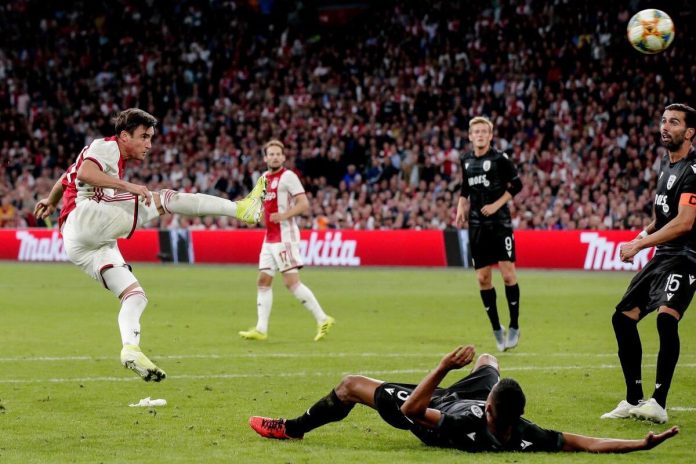 Nicolas TAGLIAFICO scored for Ajax while Lisandro MARTINEZ had a standout performance in their 3-2 win against PAOK.

With the first leg ending 2-2, TAGLIAFICO managed the second goal in the victory and the tie which ended 5-4 in Ajax’s favor. With it being 1-1, a cross was sent into the area and TAGLIAFICO was the first to reach it as he headed it passed the goalkeeper and into the net.

There was another Argentine in the match who had a solid performance, that being newly signed Lisandro MARTINEZ. The defender was everywhere for Ajax.

I knew he was rated really highly and so many told me he was the best CB in Argentina, but wow, I never imagined he would be this good.

He's absolutely blown me away and I cannot believe we got him for €7m. What a signing. pic.twitter.com/tLrqmu4k2F