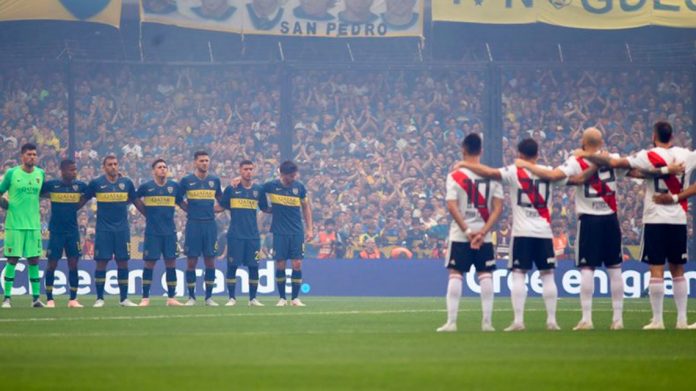 For the second consecutive year, we will have a Superclasico in the Copa Libertadores as Boca Juniors will clash against River Plate in the semi finals.

The two finalists from last season’s infamous final will play once more, this time for a place in the final. The first leg of the final was played at Boca’s la Bombonera, where the match ended in a 2-2 draw. Following much drama and at one point not even knowing if the second leg would be played, River Plate would go on to lift the Libertadores after a 3-1 win in Madrid.

Argentina’s two biggest teams will play again in the semi’s. But first they will meet in the league on Sunday at River Plate’s Monumental stadium.

River Plate will host Boca Juniors in the first leg at home on October 1 with the second leg on October 22 in Boca’s stadium.