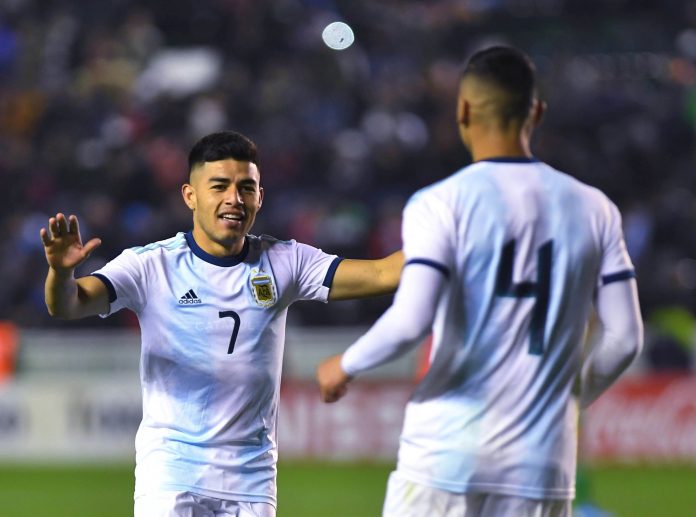 Fernando Batista’s team had their first of two friendly games for this month, this one againat Bolivia. Here was the starting eleven:

It was Valenzuela who stole the ball and passed it to Julian Alvarez as his lovely strike gave Argentina the 1-0 lead.

Valenzuela would make it 2-0 after he received the ball on the edge of the penalty area, he cut inside and his curler of a shot went in.

Eduardo Vargas would play the ball in to Ezequiel Ponce for his first, Argentina’s third of the night. Ponce would go on to score two more to complete his hattrick.