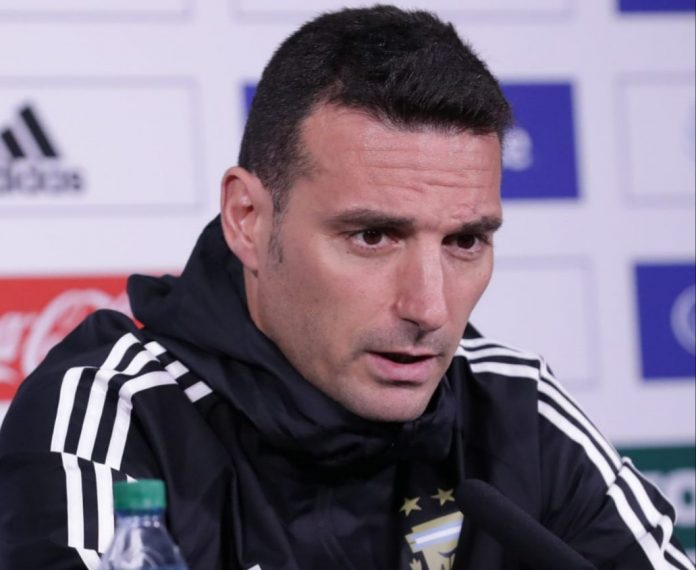 Argentina coach Lionel Scaloni held a press conference in Texas before his team’s friendly match against Mexico on Tuesday.

Lionel Scaloni’s counterpart is no stranger to the Argentina national team or even Lionel Scaloni himself. Gerardo “Tata” Martino, current manager of Mexico, was Argentina’s coach just a few short years ago. As for Lionel Scaloni, the two are Newell’s Old Boys graduates.

However, Scaloni does expect a difficult match on Tuesday. Speaking at the press conference, he spoke about the Argentina team, the finals lost, “Tata” Martino and more. Talking about the team, here’s what he had to say:

“If we only thought about results, the call-up list would have been very different. At one point during the match against Chile, we lost control of the game. The team got together just a day prior and many of them are young. It’s difficult to maintain the rhythm for large periods of the game. Mexico takes control of the match and so do we. We will hope to take control.

“At the Copa America we played in a certain way because we had other players, we try to practically dot he same with different player characteristics and we hope it succeeds.”

Scaloni was asked about the finals lost and if they are a failure:

“Argentina played three finals. That could have meant winning two Copa’s America and a World Cup. There’s a very fine line. Had Argentina won the World Cup, we would not be saying this. Saying Argentina failed is complicated. Two of the finals lost were on penalties.

On playing against “Tata” Martino’s Mexico:

“We’re going up against a side with quality and for me, will soon be one of the best. They have great players and a coach with a very clear playing style.