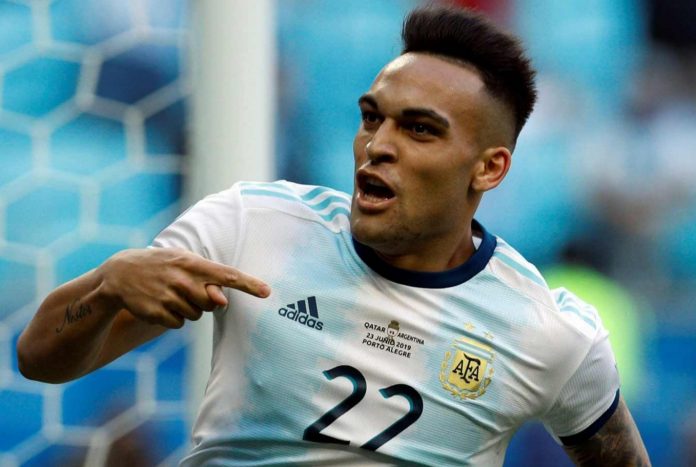 Argentina striker Lautaro Martinez spoke about his form at the Copa America as well as playing with Lionel Messi and Sergio Aguero.

Speaking with TyC Sports, here’s what Lautaro had to say regarding his performance at the tournament:

“My form surprised me and the minutes which I got. I started (the Copa America) from the bench and as games went on, I won a place in the starting eleven. And this was important because I was just coming from a season where I didn’t play many minutes with my club and that did well for me as well as generated more confidence.

About playing with Lionel Messi and Sergio Aguero:

“They are two players with a lot of experience, with extraordinary careers. I was picked to play with them and I was able to rapidly join the attack, where we had to do a bit of extra work to be able to play all three of us. You have to run more…

“We are happy with the Copa America we had, we got to third place with a lot of positive things and other things to correct.”