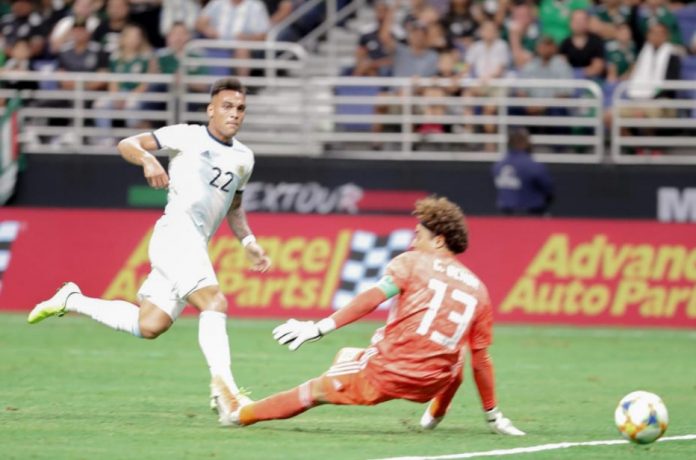 Lautaro Martinez scored a hat trick while Leandro Paredes got one as Argentina won 4-0 vs. Mexico.

In a scoreline not many, if anyone saw coming, Lionel Scaloni’s team scored four times in the first half and let in zero. While it was Mexico who saw more of the ball at first, it was Argentina who opened the scoring.

Inter striker Lautaro dribbled across the Mexican back line before his shot went through them and into the net for a lovely first.

Exequiel Palacios played a great ball onto Lautaro who remained offside and got his second of the match. Argentina were awarded a penalty kick after a handball in the penalty area.

Leandro Paredes stepped up and while the Mexican goalkeeper guessed the right way and even got a hand on the shot, Leandro’s effort had too much power on it to be stopped.

Martinez would finally get his hat trick, his first in an Argentina shirt. The ball would bounce back to him at thw edge of the penalty area and his shot wouls go in for his third, the fourth of the game.

🔥 Lautaro Martinez has become the 1st player to score 3⃣ in an @Argentina-Mexico game since Guillermo Stabile in 1930 – & he did it in the 1st half at the Alamodome❕ pic.twitter.com/6cwNx429MV