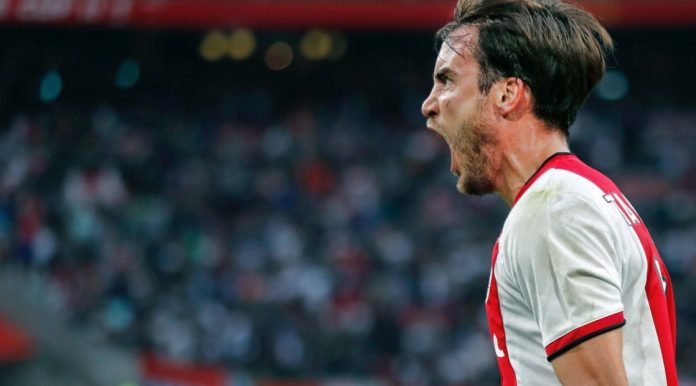 Nicolas Tagliafico scored twice for Ajax, a header and a flying volley, in Ajax’s 4-1 win vs. Heerenveen.

There’s nothing the Argentina captain can’t do on a pitch. He defends, he scores goals with his head and even flying volleys. With the match at 1-1, Nicolas Tagliafico found himself on the end of a cross and headed it to restore Ajax’s lead.

At 3-0, it was a thing of beauty. Another cross sent in for Tagliafico as the Argentine jumped, extended his leg and scored his second of the game. He was awarded the Man of the Match award.