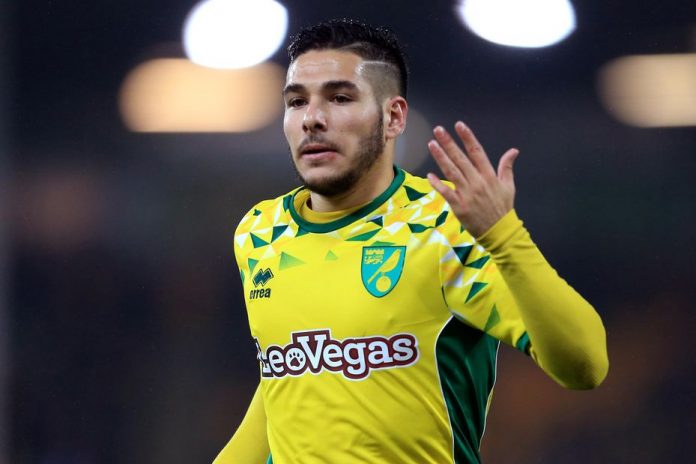 Sergio Aguero scored for Manchester City while Emi Buendia had two assists as Norwich won 3-2 against the league champions.

Norwich City were awarded a corner kick which was taken by Emi Buendia. The 22 year old Argentine’s cross found the head of McLean who scored the first of the game.

They would go on to double their lead and just as it looked like they would go into half time with a two goal advantage, Sergio Aguero pulls one back for City. A cross sent in found Aguero and his header made it 2-1 going into the break.

Nicolas Otamendi had a horror show on the third goal for Norwich. Buendia would easily steal the ball off him and pass it to Pukki for the third.

What a performance! Buendía, Cantwell & Pukki – what a trio! 💚💛 pic.twitter.com/P6HPHUyp4L

Emiliano Buendía has made four assists in the Premier League this season.

It's the most by a midfielder in their first five appearances in the competition since Eden Hazard in 2012-13. 👀