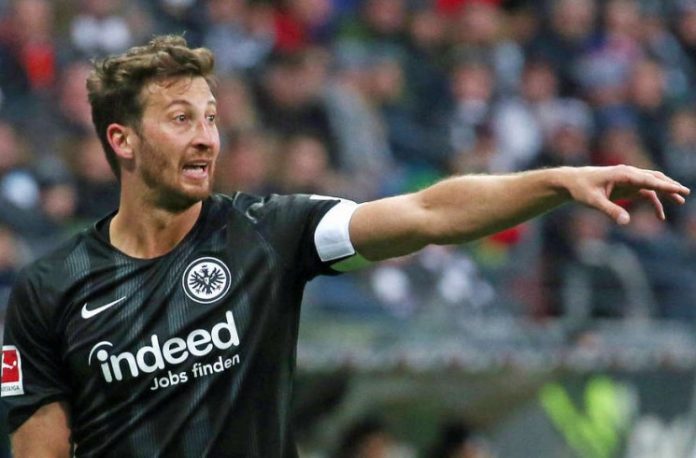 Argentina defender David Abraham of Eintracht could get called-up to the national team for the October friendly games.

Per a report by Fox Sports, Argentina coach Lionel Scaloni has been keeping tabs on the Eintracht defender. Argentina will play Germany in a friendly game in October and something which could play to Abraham’s advantage is that he presently plays in Germany.

David Abraham, 33 years old, was part of the Argentina U20 team which won the 2005 FIFA World Cup. He played alongside Lionel Messi and Sergio Aguero who are presently both still part of the squad.