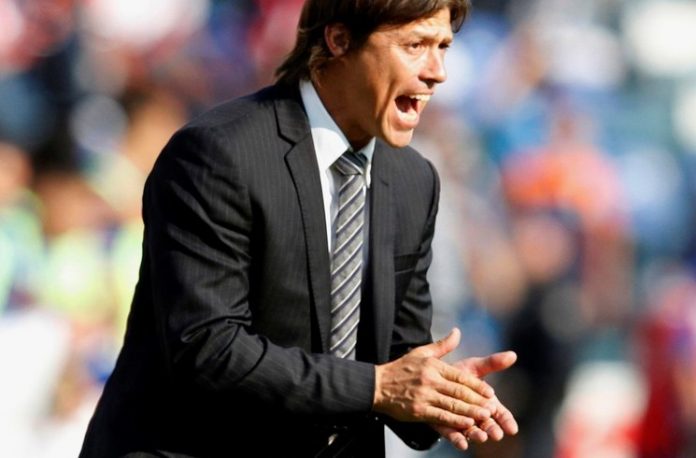 San Jose Earthquakes coach Matias Almeyda recently gave an interview to FIFA.com where he discussed his career and also mentioned that he would like to take part in another World Cup.

The former Argentina man is presently coaching MLS club San Jose Earthquakes following stints in both Argentina and Mexico. Here are some parts from his interview.

In terms of tactics, what was the greatest challenge?

It was changing the approach on the training pitch and bringing in new ideas. The team was used to playing in a rigid shape, dropping deep and then hoping to hit the opposition on the counter. Now our system is quite the opposite, as we’re more attack-minded, more dynamic and more aggressive. It took a while to sell the idea to the players of defending as one and pressing from high up. Through this approach I ensure that my players run less and have more fun.

What do you want to achieve from your coaching career?

It is still early days for me but I would like it to be similar to my playing career. Achieving that will be difficult because as a player I got to represent some big teams and I featured at two World Cups and the Olympic Games. Making this come about will be a challenge, I would have to do really well.

Do you aspire to become a national team coach in the near future? Or do you think such a role is for someone older who is not as fussed on experiencing the day-to-day rush that club football offers?

I would love to! For me, just because you are a national team coach doesn’t mean you lay about at home. Although you don’t go to training every day there is still a lot of work to be done; you have to take in many games, keep in touch with players and know how they are doing off the pitch.

Going to a World Cup is the most fun you can have in football. I’d love to enjoy another and experience something as special as this again. In the two World Cups that I played, I felt conflicted, because I didn’t want any family to come along because I wanted to be isolated, purely focused on football. If I got the chance now I’d just want to experience it with a smile on my face. It would be the icing on the cake of my coaching career.