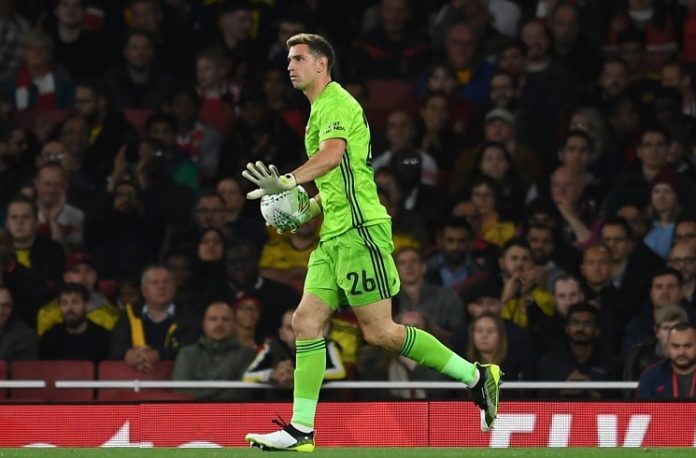 Arsenal goalkeeper Emiliano Martinez recently gave an interview with Jogo Bonito where he discussed the Argentina national team and staying in contact with some of his friends from the youth team.

“I played in the youth teams, I’m at a big club and I’m always preparing myself to be in the senior team. Hopefully I could be in the Argentina national team. It arrives at the best time of my career.

“I’m always in contact with players I played alongside with in the youth teams like Tucu (Roberto) Pereyra, (Erik) Lamela, (Nicolas) Tagliafico and (German) Pezzella. We don’t talk much about the national team but about life. We’ve known each other for a long time.”

Argentina coach Lionel Scaloni will be announcing his squad for the October friendly games on Friday.