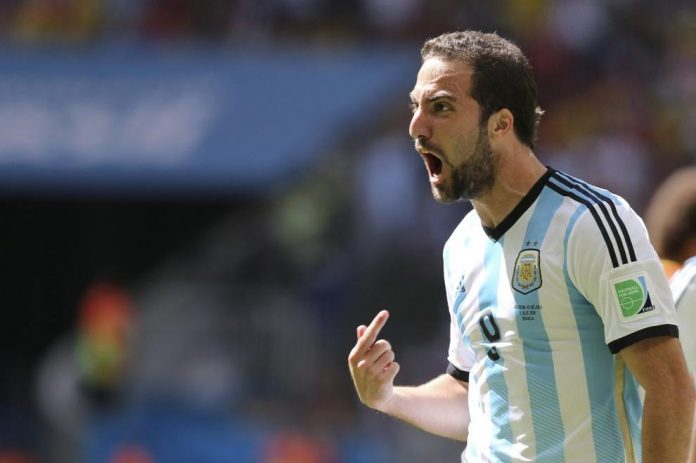 Gonzalo Higuaín spoke about his decision of retiring from the Argentina national team, the team itself and more.

Former Argentina and current Juventus striker Gonzalo Higuaín recently gave an interview with Fox Sports. The number 9 has played for the biggest clubs in the world and has broken silence on retiring from the Argentina national team. Here’s what he had to say:

“With the Argentina national team, I lived a lot of things. I took it as a big learning experience. It’s my country but many different motives got me to arrive to that decision. And now I’m enjoying it from the other side and I’m always looking forward.

“In most cases, the people which come across me in Argentina have good words to say to me and thankful for what I did with the national team. The decision I made wasn’t because of them. When I played, it was always with the greatest of desires, I left it all. At times, things are good and other times bad. Taking this decision has done me well, it made me calm, I now enjoy other things. I started to value things which I couldn’t see before.”

“I would watch at times because I was enjoying other things. I saw Leo (Messi) very good, determined. What he said was magnified because of what he represents. I think he spoke from the heart, he said what he felt. They can judge him good or badly but Leo is extraordinary.

“From what I could see, Lautaro is maturing. He plays with a big club in Italy. The number 9 is the one who is most often criticized because he is there to score goals. He has started a career which I hope will be extraordinary. The advice I would give me is to always look to be better and to be strong for when the bad moment comes. Hopefully it goes great for him, that he enjoys the Argentina national team and from there hope that things go well for Argentina and I see good things are coming.”

“I didn’t speak with him but he is a world icon. Any stadium he goes to or he passes to, the people go crazy. The other day, the people of Talleres gave him a lovely welcoming. Diego does that. He’s the one that called me to the Argentina national team, he took me to the World Cup (in 2010) with very minimal matches played in the qualifiers and I will always be thankful. It makes me very happy that he’s in football and hopefully things can go well.”