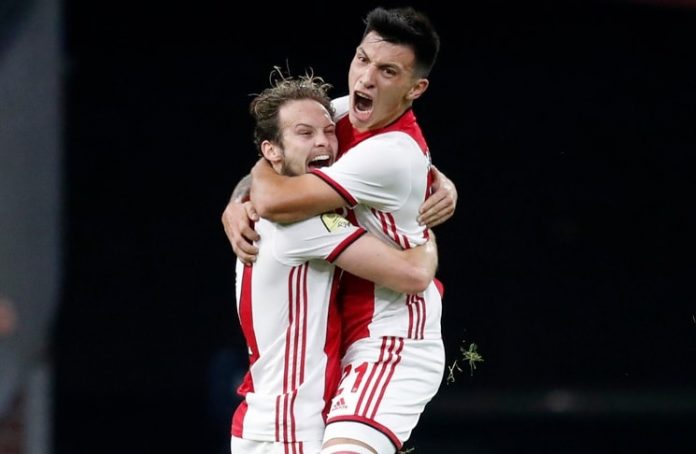 Lisandro Martinez scored his first goal for Ajax in their 2-0 win vs. Groningen.

The Argentina man scored one of the goals of the week for Ajax. He has impressed from day one ever since joining the club and he has his first goal.

Martinez received the ball from well outside the penalty area, he cut inside and a thunderous well placed left footed shot beat the goalkeeper for the first goal of the game. Nicolas Tagliafico also started the match.