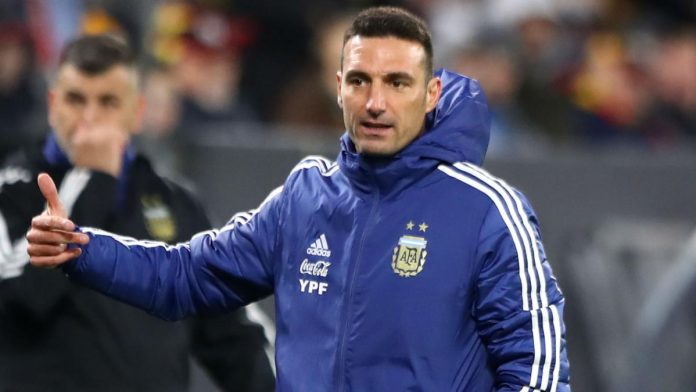 Argentina coach Lionel Scaloni gave a press conference where he spoke about a number of players, two of which were Lionel Messi and Sergio Aguero.

While confirming the starting eleven, Scaloni praised a few players, three of which will start on Sunday. Here’s what he had to say:

“I want to see Lucas Ocampos more. To me, he’s a very interesting player. We are happy with Agustin Marchesin, he’s a great goalkeeper.

“We have been watching Nicolas Gonzalez since he’s been with the Argentina U23 team. He’s an interesting player.

“The idea is to play with attacking players. With players that get to the penalty area.”

“We believe that this is the right way. We take decisions thinking about what is best for the team.”

Lionel Scaloni had this to say about Lionel Messi and Sergio Aguero:

“Messi is not here due to suspension. Sergio Aguero is not here because he’s been carrying a problem and has not been training 100% with his club. Surely both will be here next month.”