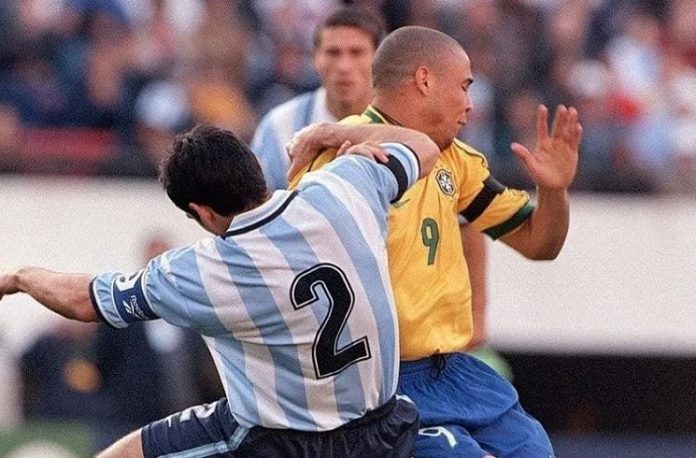 Brazilian and football legend Ronaldo Nazario recently gave an interview where he mentioned Roberto Ayala as the defender who hit him the most.

An illustrious national team and club career, Ronaldo has played against the very top defenders the world has had to offer. But it’s one Argentine who stands above the rest in one aspect. Speaking with La Gazzetta dello Sport, here’s what he had to say:

“Roberto Ayala was probably the defender who hit me the most in my career.

“Every time I faced him, he always threatened me and played to the limit. I just tried to defend myself.”

High praise from one of the all time greats.