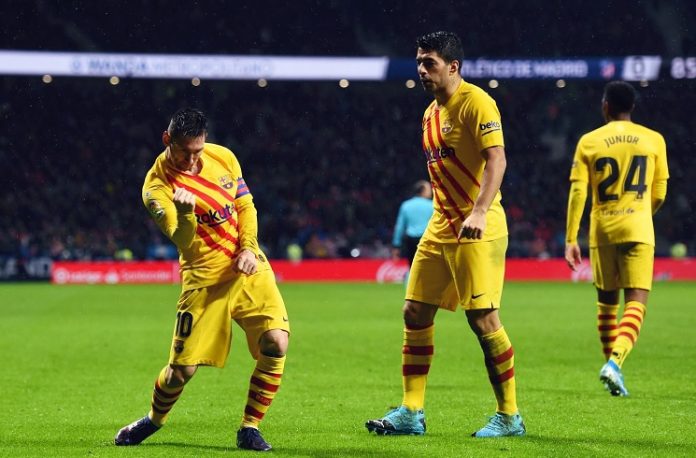 Lionel Messi scored for Barcelona in their 1-0 win vs. Atletico Madrid.

Messi continues to be Barcelona’s savior in front of goal. A late goal by the Argentina captain would give Barcelona the win. He would run towards goal, pass it to Luis Suarez who would return the ball as Messi would score.

Messi has scored 614 goals for Barcelona. Feel like he’s scored this one at least 150 times before pic.twitter.com/tnHSCimJrN