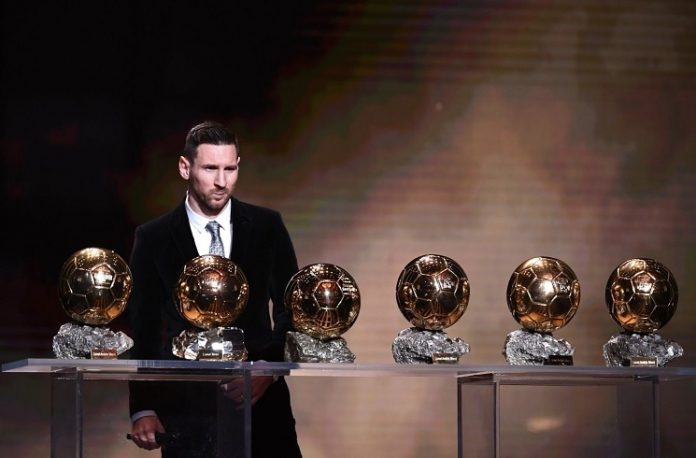 Congratulations to Lionel Messi on winning the Ballon d’Or.

A record number six for Lionel Messi. A record that will likely take years to be broken, if ever. No one has dominated the sport with the consistency and at the level in which Messi has done. For over a decade, Messi has made the impossible possible.

Lionel Messi beat out Virgil van Dijk of Liverpool and the Netherlands in the votes.

Winning his first ever Ballon d’Or back in 2009, Messi would become the first player from Argentina to win the trophy. Very few people could have predicted the decade he would have with both Argentina and Barcelona. Only 22 when he won the first one, he had come off a treble winning season, one which would eventually see Messi win all six possible trophies available. Messi would receive 473 out of a possible 480 points.

The second would come in 2010, the very next year. Despite not winning the Champions League or progressing far in the World Cup, Messi’s influence on the game was too strong to deny. Scoring 60 goals for Barcelona that year, he won the Ballon d’Or despite his two team mates Xavi and Andres Iniesta lifting the World Cup. Messi received 22.65 percent of the votes.

A third one in three years for Messi. He was putting up typical Messi numbers, 53 goals in 55 club games. He would join an elite list of players having won the Ballon d’Or three times. Previously, only Michel Platini, Johan Cruyff and Marco van Basten had won it three times.

Number four was up for Messi in four years. Scoring a record breaking 91 goals in a calendar year, Messi was on his way. It was 79 goals for Barcelona and 12 for Argentina. To this day he remains the only player to have won it four years in a row.

It would take Messi a few more years before getting to number five. A second treble win would mean another Ballon d’Or for the Argentina captain.

Putting up numbers which only he could put up, Messi scored 54 times and dominated in dribbles and assists. Now already 32 years old, no one would bet against this one being Messi’s last.