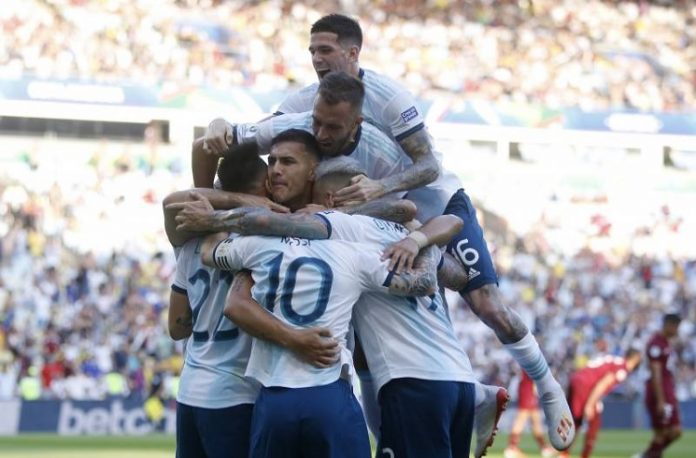 The draw for the 2020 Copa America has taken place with Argentina playing against Chile, Uruguay, Paraguay, Australia and Bolivia in the group stages.

Argentina’s opening match of the 2020 Copa America will be against Chile on June 12 at the Monumental stadium. The team will play Uruguay in their second game on June 16 at the Mario A. Kempes stadium in Cordoba.

Here are the two groups:

There are 12 teams in total, four will be advancing from each group.