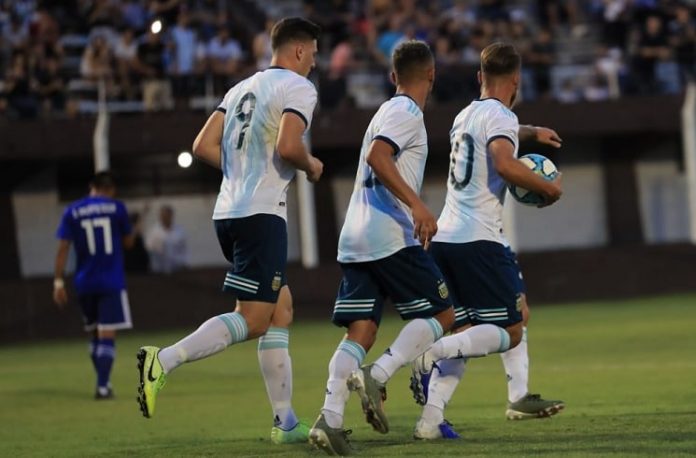 Argentina U23 coach Fernando Batista has started preparing for the Olympic qualifiers which begin later this month. Fielding a strong side vs. Paraguay, it was the Paraguay who took an early lead. Argentina goalkeeper Facundo Cambeses didn’t make the best of a cross sent into the area which would fall to Jesus Medina and his strike gave Paraguay the advantage.

The lead wouldn’t last for long. Nicolas Capaldo was fouled inside the penalty area as Argentina were awarded a penalty. Wearing the number 10 shirt, Boca Juniors man Alexis Mac Allister would take the spot kick and draw Argentina level.