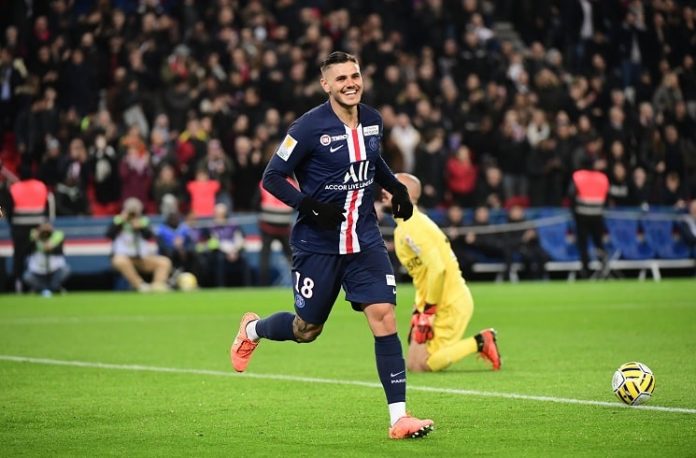 Mauro Icardi scored a hat trick and got an assist for PSG in their 6-1 win vs. St-Etienne.

Icardi reached 17 goals for PSG this season in just as many matches. He would give PSG the early lead, a lovely finish by Icardi from a difficult angle would make it 1-0 for them.

Angel Di Maria would get an assist on the second goal with a pass to Neymar. Icardi’s second goal would come after Mbappe would play in a low pass to Icardi who would score from the penalty spot. The third would see Mbappe assisting Icardi once more.

Di Maria would play a great cross in and Mauro Icardi would control the ball beautifully and lay it off to Mbappe who would score himself.

Icardi epitomizes what it means to prioritize technique. Thank you so much @Inter_en pic.twitter.com/6pqaY26PaD