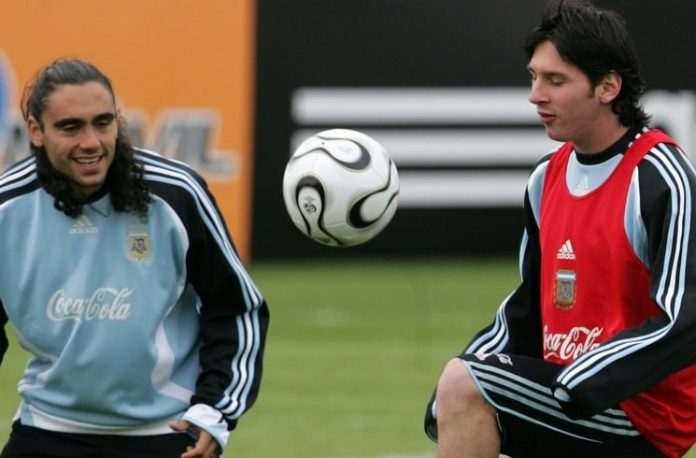 ation is over, that they want to be consistent again. And here, I have no doubt, that Menotti’s influence is very important.”

“Messi has something that, I think, he knew, was different. It’s like he owns the ball, he has it and he knows that he will do the most difficult thing, that he will be decisive every time he touches the ball. And he was aware of that when he was a kid, he assumed the responsibility in according to his personality. Without having to yell, without having to go make declarations before this year.

“Knowing and feeling decisive in whatever shirt is a difficult responsibility. But the most difficult thing is that Messi does it maintaining that level of genius and being the best for so many years. It’s a crazy thing!”

About Messi being different in 2019:

“Totally. Messi has assumed the responsibility of rebuilding the Argentina national team from a place of prominence. Listen, I understand too. Just like it happens to all of us when we grow, you learn to recognize the weight of your words.

“Hopefully that can give us a result with the senior team with him. Maybe we deserve it a lot but his struggle, having left so much and gone through so many things… I believe it’s not just the Argentines that want it: Football fans around the world hope for him to win something big with Argentina.”

If Sorin suffered against Messi in training:

“Thankfully we played together. Just as much, as a lefty, I have a secret for when left footed players come towards you but I won’t give it away, ha. In any case, he’s an alien. You saw the goal he scored against Bilbao in the final of the Copa del Rey almost as a right winger! A monster. I take serious pride having been a part of his early days with the Argentina national team.”

Which one of the newer players caught his attention?

“I like a lot but first is the personality of De Paul and Lautaro (Martinez). Argentina needs those types of players that can play under any conditions or circumstances when they haven’t played 50 games for the national team… Playing with the Argentina national team just like you club, it’s complicated. They’ve done that. And the other is Paredes. Every day he’s more of a player. The key is that Argentina keeps strengthening the team. That they can start the World Cup qualifiers with the same feeling as they ended 2019.”