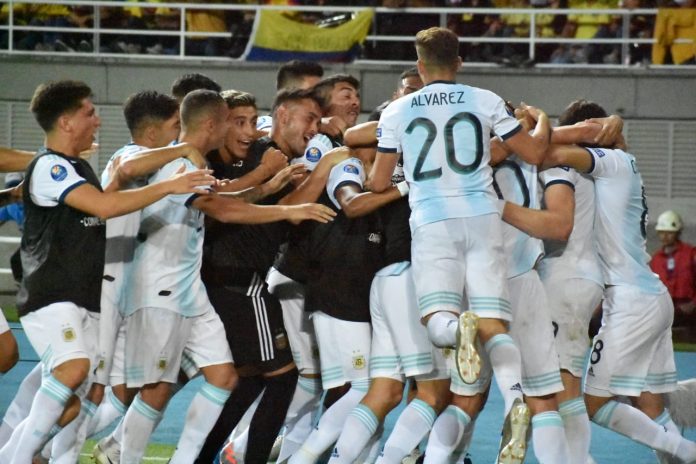 Alexis Mac Allister and Adolfo Gaich both scored for the U23 Argentina team in their 2-1 win vs. Colombia.

It was Colombia who took an early 1-0 lead despite Argentina getting the better chances. Fernando Batista’s team were awarded a free kick and it was the Boca Juniors man who stepped up to take it.

Mac Allister would take the free kick and a low powerful shot would draw Argentina level. We would see one more goal in the second half.

Argentina would score through Adolfo Gaich as the San Lorenzo man would curl one past the goalkeeper. The score would remain the same but Alexis Mac Allister would get sent off after getting two yellow cards.