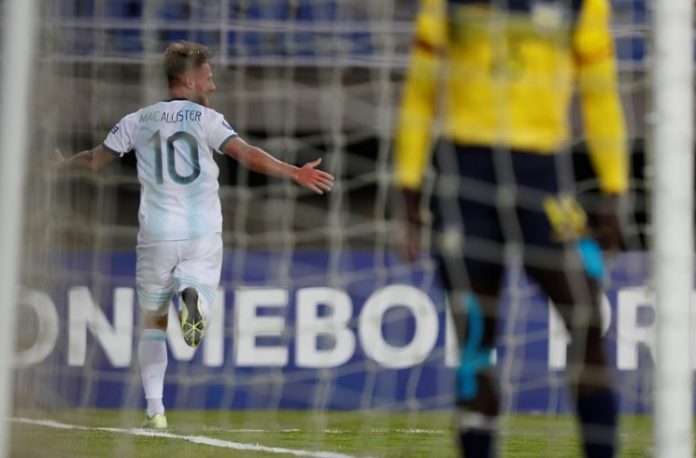 Alexis Mac Allister scored for the Argentina U23 team in their 1-0 win vs. Ecuador in the Olympic qualifiers.

It’s two goals in two matches for Mac Allister and a second assist of the tournament for Adolfo Gaich. Argentina once more took an early lead as Mac Allister received the ball, passed it to Gaich, made a run where Gaich would return the pass and Alexis would score to give Argentina the lead.