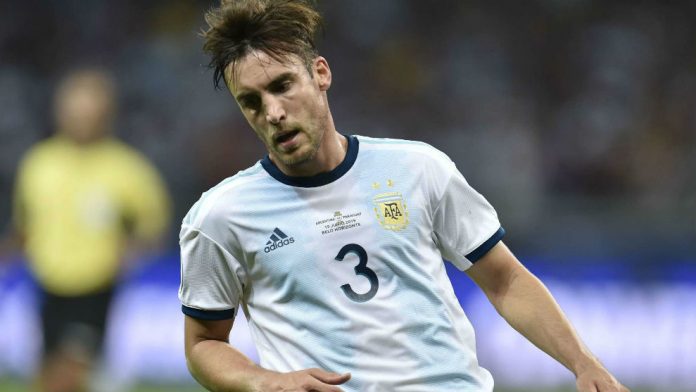 Nicolas Tagliafico gave an interview where he discussed the current state of the Argentina national team and being left out by previous coach Edgardo Bauza.

The Argentina and Ajax left back has been a pillar for both of his teams. One of the best left backs in the world, Tagliafico finally got a real chance with the national team under coach Jorge Sampaoli. The former Independiente man was part of the 2018 FIFA World Cup squad and has been a mainstay with the team ever since.

Speaking in an interview with TyC Sports, here’s what Tagliafico had to say:

“The Argentina national team has gone through many stages and now we are much calmer, which wasn’t the case. But little by little, as we played more games, we got to know each other better. The changing process has passed.

“It’s not easy to lead a national team that’s looked at as one of the best and that always has to be among the best teams. But Scaloni is a coach that is open to listening and that’s a good thing because we all want what is best for the team. That creates confidence which can help the team.

“Today, we have to think about fighting for big things as a team. Despite everything which has happened, the team is more solid. In that we have to keep getting better to fight for the Copa America and to grow in the World Cup qualifiers.”

Prior to getting a chance with Sampaoli, Edgardo Bauza was coach of the Argentina nationa team. Bauza once infamously mentioned that Tagliafico was too short to be selected. Tagliafico was asked about Bauza’s comments:

“I never accepted it with grace but I respect decisions. Obviously, the anger I had inside of me was because I had no way to change it.”