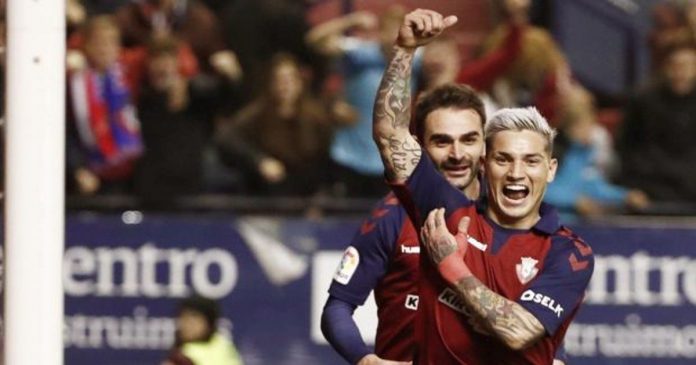 After having a stellar start to the season, Ezequiel Chimy Avila is out for the rest of the campaign.

Chimy Avila has been one of the standout stars in La Liga scoring 9 goals and providing two assists with Osasuna. He is fourth in the league behind only Lionel Messi, Karim Benzema and Luis Suarez. However, that tally will end at nine goals.

Avila suffered a cruciate ligament injury to his right knee in Osasuna’s 2-0 win vs. Levante. Per a report by Marca, Avila will miss the rest of the season.

There were rumors that Barcelona were interested in signing the Argentine striker to replace the injured Luis Suarez who will also miss the rest of the season.