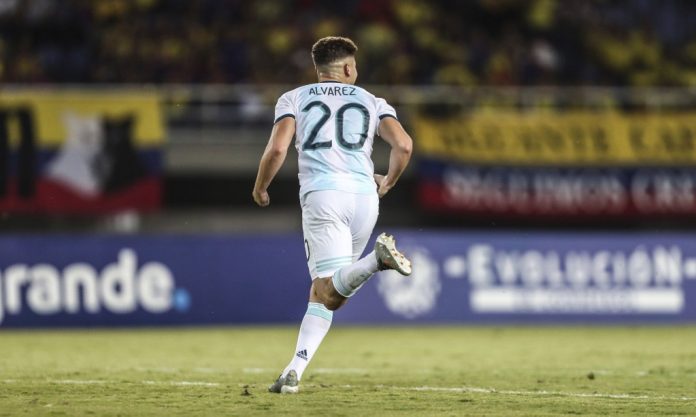 Argentina scored four times in their come from behind 4-1 win vs. Venezuela in the Olympic qualifiers.

Fernando Batista’s team were trailing going into half time. Nazareno Colombo would trip a Venezuelan player and a penalty would be a awarded. A panenka would beat Argentina goalkeeper Cozzani.

Gaston Togni took a free kick early in the second half which found Nazareno Colombo who headed it to draw Argentina level. His goal would make up for his earlier mistake.

Marcelo Herrera would play in a low cross inside the penalty area and it was Matias Zaracho who got to the end of it to give Argentina the 2-1 lead.

The third goal came from individual brilliance. Julian Alvarez would receive the ball, cut inside and score for Argentina’s third.

A penalty would be awarded after Nahuel Bustos was tripped. Bustos would take the penalty himself and see his effort saved. He would get to the rebound and his shot would be partially saved by the goalkeeper but would trickle in for Argentina’s last goal of the match.