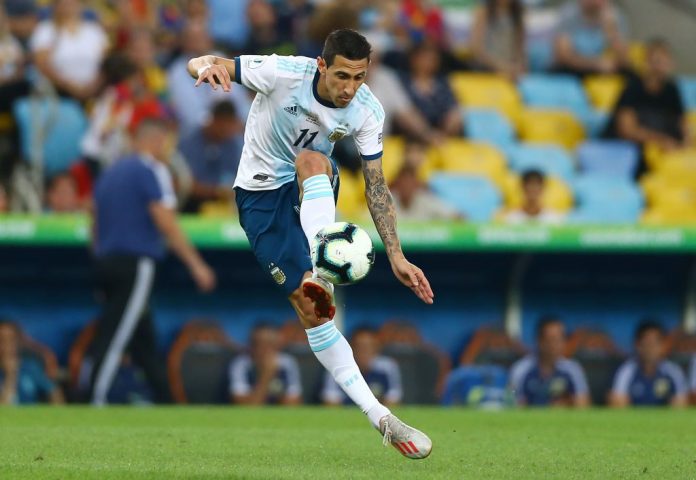 Angel Di Maria has once more expressed his desire to be with the Argentina national team while also discussing the injuries which hit him in the three finals.

Di Maria played an integral part in the Argentina national team when they made three consecutive finals. He has played every tournament for Argentina since the 2010 FIFA World Cup. Turning 32 years of age later this month, the PSG man has stated that he would like to be with the team for the 2020 Copa America. Speaking in an interview with Libero, here’s what he had to say:

“I’m always waiting to be called. I’ve always said it, the national team is the best. My desire to be there made sure I was there for 11 years. I’m excited and I have a desire to be at the Copa America, maybe it’s the last one for me. I will continue to work and to show that I’m playing at a high level with a great team. I don’t think there’s any other way to be able to show that I want to be there. One has to be at his best for his club. I think I’m in great form. After that, it’s their decision if I am in the team or not. I haven’t been there. On one side, I understand it but I’ll keep fighting to be back.”

He also spoke about the three finals and his injuries:

“With the Argentina national team, you try to do the same things you do with your club. Obviously it’s different. You don’t spend as much time with your team mates, you have little time. From 2014, 2015 and 2016, the 3 finals, it was always the same players when we were better. We always played the same and we know what happened in the end. That helps you a lot. It’s like what they always say. With your club, you always play with the same people, the 11 starters are always there. One tries to do the same. After that, it’s difficult. It’s little matches. It’s critical and perfect. A Copa America has 6 matches, it’s not a lot.

“It was a moment that didn’t have to happen and it happened. I always felt disappointed and that I disappointed my team mates. It’s an injury, it could happen. But the team was always strong. We had a good dynamic. It was a problem at the time where it was least expected. It hit me in the three finals and I have never been able to overcome it.”