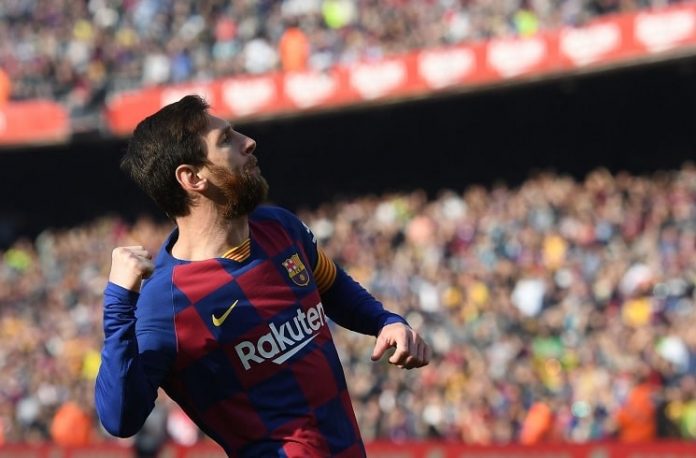 Lionel Messi scored four goals for Barcelona in their 5-0 win vs. Eibar.

Messi did it again, he has managed to score four goals in a Barcelona match. He went four games without finding the back of the net and made up for it all in one game.

The Argentina and FC Barcelona captain also reached a new milestone. With his four goals, he has now either scored or assisted in over 1000 goals for both Argentina and Barcelona.

Barcelona’s first goal came after Messi received the ball, did a nutmeg as he played the ball through the legs of the defender and chipped it over the goalkeeper. The second one saw Messi running straight towards the Eiber defenders and his shot would beat the goalkeeper.

Goal three would also come in the first half. The ball would fall to Messi in the penalty area and practically an open net for him to aim at. The fourth goal was similar to the third but with Messi dribbling past the defender and goalkeeper.