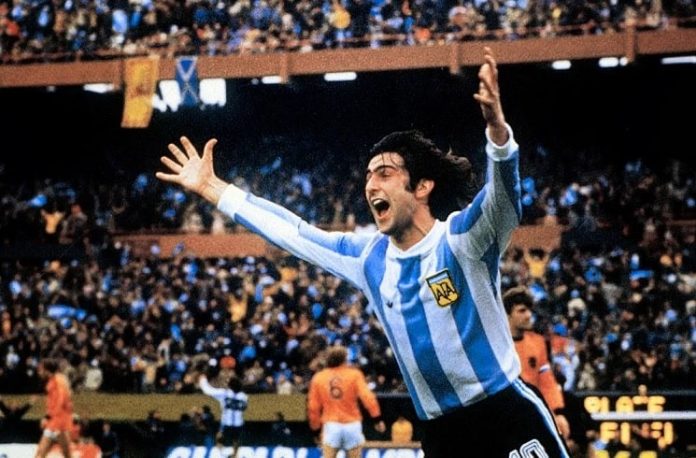 One of the leaders of the 1978 FIFA World Cup winning team Mario Kempes gave his thoughts on the current Argentina team, Lionel Messi, Lautaro Martinez and even his 1978 team.

Mario Kempes knows all about winning. Having been part of the first Argentina team to have won the FIFA World Cup, Kempes spoke to Cómo te va? (AM 1030) about Lionel Scaloni’s Argentina team. Here’s what he had to say:

“He’s (Lionel Scaloni) been learning. I said that Messi’s suspension would come in handy for everyone to be able to participate more in the Argentina national team. He learned to play without Messi.”

In regards to Lautaro Martinez, the Valencia legend had this to say:

“Now we talk about Lautaro Martinez? When he was at Racing, no one saw him? We always take notice of players when they go to Europe. He’s not only a number nine but he’s annoying, he will fight against every defense and is generous with the team. He’s a very complete player.”

Kempes also mentioned how the 1986 team is often mentioned more than his team:

“The AFA is now acting better, they are behaving much better. But we (the 1978 FIFA World Cup winners) were left apart for a long time. We’ve never been given the importance of having won the first World Cup. It’s always about the 1986 team.

“All of us who played in 1978 deserve the recognition. Alone, I would not have been able to do anything. It’s something that people don’t understand. I scored goals but we played 11 against 11 and everyone deserves recognition.”