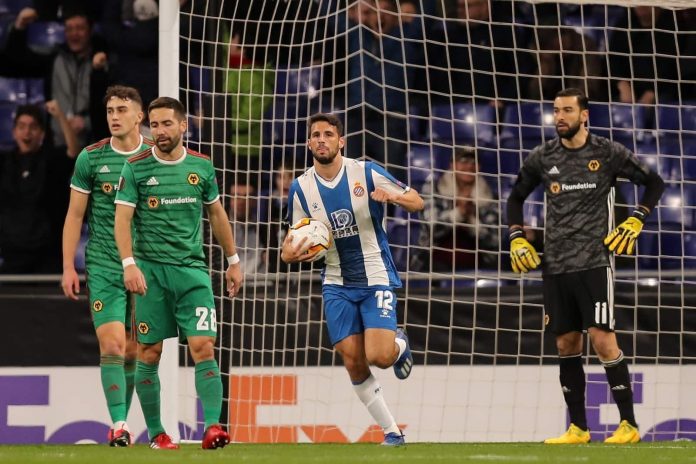 Jonathan Calleri scored a hat trick for Espanyol in their 3-2 win vs. Wolves.

It was three goals for Calleri but an elimination from the Europa League for Espanyol. Calleri would score the first goal of the match. A low pass sent into the area and Calleri from close range would score.

Calleri would score his second of the game as Espanyol were awarded a penalty and up stepped Calleri who converted.

The former Boca Juniors and West Ham man would add one more. A cross was sent into the area and Calleri with a header would complete his hat trick.