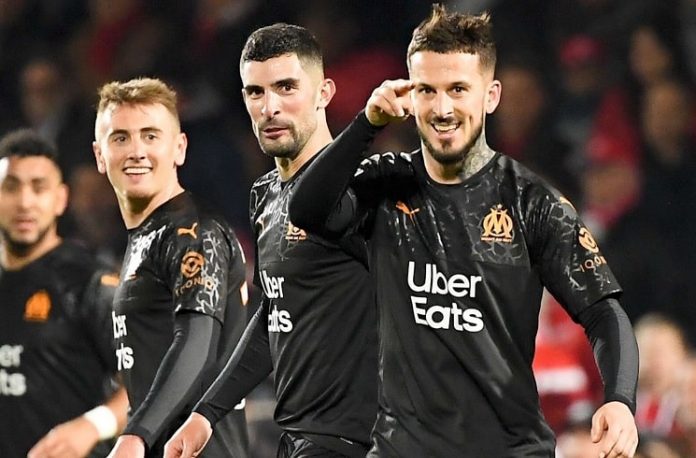 Dario Benedetto scored a hat tricvk for Marseille in their 3-2 win vs. Nimes.

It was a night to remember for the former Boca Juniors man as he scored all three goals to get Marseille the three points. Two were scored in the first half and the third in the second half.

Nimes took an early 1-0 lead but Benedetto would equalise just five minutes later. The Argentina man would be at the end of a low cross to tap it in from close range to draw Marseille level.

Benedetto would be played in one on one with the goalkeeper and he would chip the ball over the Nimes goalkeeper to give Marseille the advantage.

Here’s what he had to say after the match:

“I’m happy, I’m happy for the team who needed to win this match. We started off by conceding a goal but fortunately we managed to get level quickly and then get in front. I’m happy with the three goals. Scoring is good for my confidence and I hope to continue in this manner. The important thing is to put together games like that as a team.

“I was missing a goal and I managed to score three. I need to continue in this manner. I have the match ball and it’s a good souvenir. It’s my first hat-trick and I’m very happy about it.”

“He was wound up as things didn’t go well for him in the defeat to Nantes. At Nîmes he looked for the space between the lines, held the ball up well and controlled it. He managed to run in behind. We gave several good balls to Dario and he scored his goals. The third goal was an intuitive goal, a real striker’s goal. He’s up to 11 goals for his first season in Europe and that’s very good.”

Even Marseille captain Renaud Ripart spoke about the Argentine:

“Frankly, he’s a super player. We hardly saw him in the game but he scored three goals. There’s nothing to say, he’s a fox in the box.”