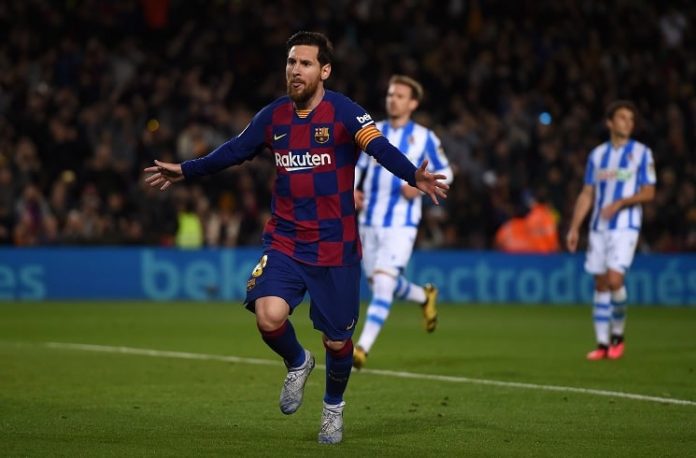 Lionel Messi scored for FC Barcelona in their 1-0 win vs. Real Sociedad.

A penalty which was awarded after verification through VAR, Barcelona were given a golden opportunity to grab the three points. The responsibility fell to the captain and the best player in the world made no mistake as he scored his third penalty of the season.