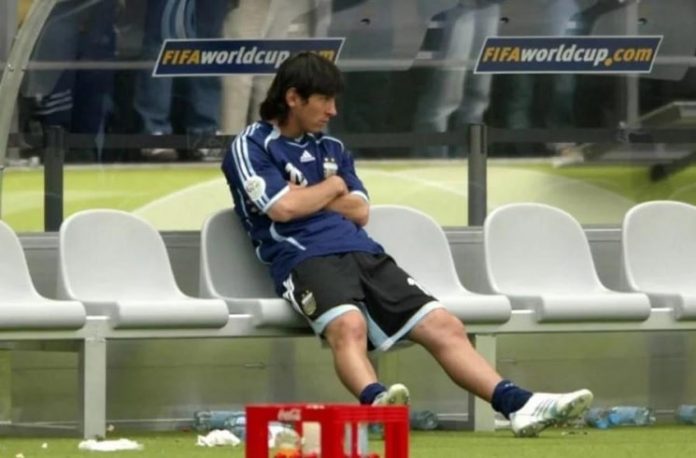 Leandro Cufre spoke with Enganche on 947 FM Radio where he explained why Lionel Messi did not play for Argentina vs. Germany at the 2006 World Cup.

CUfre was part of the Argentina team back in 2006 for the World Cup. He only played one game for Argentina which was the 0-0 draw vs. the Netherlands. However, speaking with Enganche, he explained why Lionel Messi was not substituted on for Argentina in the quarter final match vs. Germany where Argentina were eliminated on penalty kicks. Here’s what he had to say:

“Jose (Pekerman) is a gentleman. He never said that Messi was wrapped i cotton to play vs. Germany. He could barely run. He could have said it because the entire country was killing him for it but he decided not to make any excuses.

“If in the 83rd minute Germany was sending crosses into our area, it’s logical that Cruz comes in to help with the aerial game. Now that I’m a coach, I would have done the same. Jose Pekerman, for us, is the biggest coach of all.”