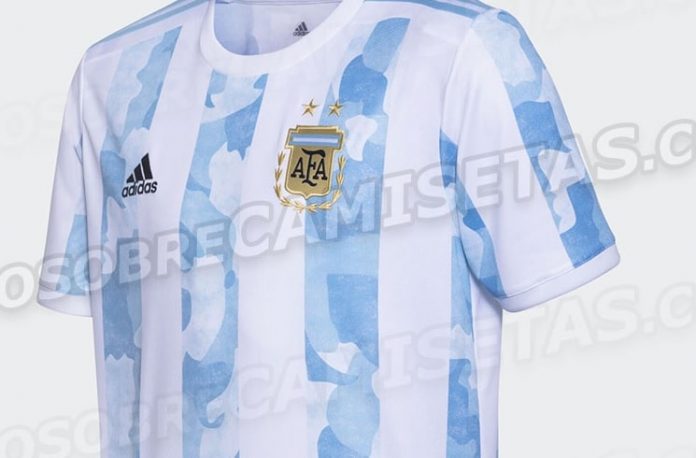 Pictures have leaked of the new Argentina home shirt.

The new shirt was expected to be used for this month’s World Cup qualifiers as well as the Copa America. However, both have now been postponed. Pictures have been released by Todo Sobre Camisetas showing the new Argentina home shirt.

There will not be a new away kit as the away one was released back in November.