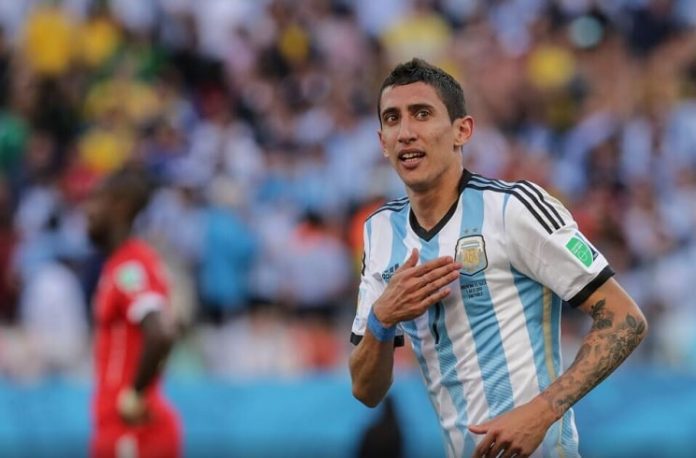 Angel Di Maria spoke about what happened while he was with the Argentina national team prior to the 2014 FIFA World Cup final.

Di Maria had received a letter from Real Madrid threatening him with a lawsuit should he proceed to play in that final. The former Madrid man was injured and his club wanted to try and sell him. The story goes that they had sent him a letter threatening him with a lawsuit should he play in the final. Speaking with Podemos Hablar of Telefe, here’s what he had to say:

“The three people who knew the truth were the doctor Daniel Martinez, Alejandro Sabella and myself. I came with a knock due to the game vs. Belgium, I was 90% fit. My foot wasn’t good but I wanted to play. I didn’t care if I never played football again. It was actually one of the things they told me could happen but for me, it was the World Cup final. It was my final.

“I knew that they wanted to sell me. And I got the card. Daniel gave it to me and said it was from Real Madrid but I didn’t even want to look at it and I ripped it up.

“I went to go speak to Alejandro and while crying I told him that I wasn’t 100%. I knew that he loved me and that he wanted me to play but he went with what was best for the team. I wanted to try to be there but at the end of the meeting he finally went with Enzo Perez in my place.”